The story of Gmeiner

Originally founded as a manufacturer of spreaders for Unimog vehicles, Gmeiner was founded in 1965. Ever since it was established, Gmeiner has maintained its original basis: To supply safe, reliable, flexible products, striking the perfect balance between tradition and innovation.

In 1967, Gmeiner patented the first spreaders with a low-hopper design, which would go on to become a point of reference for the market. In the following years, a number of new models were introduced alongside the introduction of new electronic controls, and in 1996, Gmeiner presented the first spreader models with a double auger conveyor system, along with an optional second chamber allowing for the simultaneous use of two types of material. This system, which grants high pre-salt spreading, serves to further optimise the concept of low-profile machines, ultimately becoming a hallmark of the Gmeiner brand – indeed, even today, this continues to be the most recommended solution. 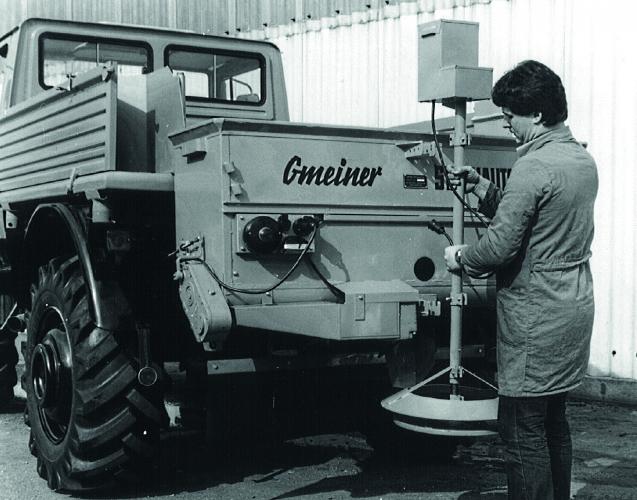 In recent years, Gmeiner has patented BrineStar, which offers a real alternative to combi spreaders or pure brine sprayers. All application scenarios ranging from spreading pure dry material to pre-wet till spraying pure brine are finally possible with this combination up to a width of 12 meters with a perfect certified spray pattern.

In 2007, Gmeiner joined the Bucher Municipal Group and became a part of the groups' winter maintenance program.